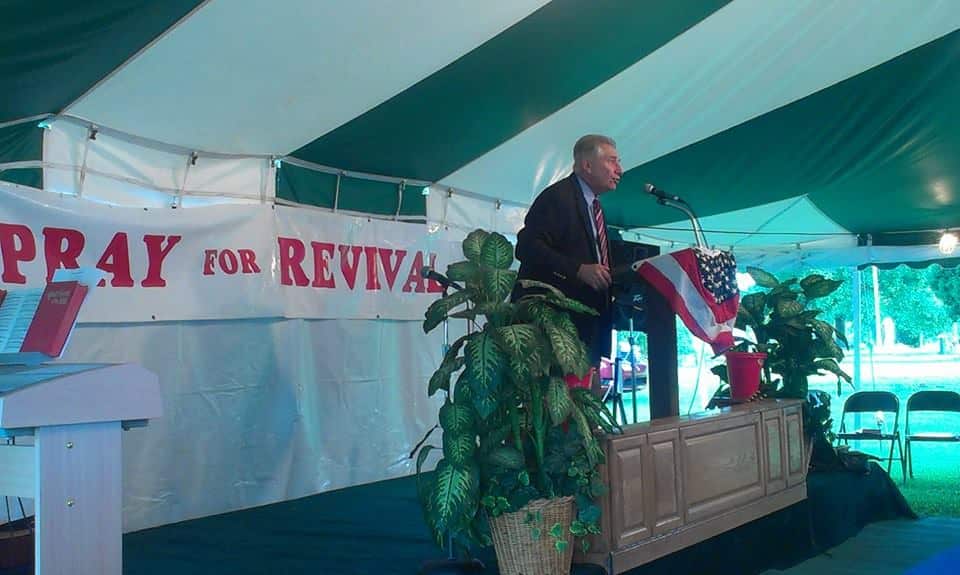 Pastor Claude Spurlock was born in Huntington, West Virginia on October 22, 1949. He graduated from Huntington High School in 1968, and attend Marshall University. In 1969 he enlisted in the U.S. Navy, serving in San Diego, CA; Guantanamo Bay Cuba; and Charleston, SC as a Navy storekeeper.

In April 1974, he married his wife, Barbara Spurlock, and started his employment at Connors Steel in Huntington. He worked for 20 years at the steel mill, till 1994 when he became a full-time pastor. Many of those years he was bi-vocational, pastoring churches while employed in secular work. God has blessed his marriage with two sons, Rodney and Seth Spurlock and their wives, and five wonderful grandchildren.

On the night of April 12th, 1975, while attending a Jack Van Impe Revival Crusade, Bro. Spurlock and his wife both came to Christ and were saved. In June of that year, they were baptized by Pastor Rex Bartholomew in a pond along the James River Turnpike, in Milton, WV, and became members of Missionaries For Christ Baptist Church.

THE CALL TO PREACH

Shortly after his conversion, Pastor Spurlock felt the call of God to preach. After serious praying and being positive it was God’s will he announced his call at the Crossroads Baptist Church, in Huntington, WV, in November of 1980. Bro. Spurlock’s first pastorate was in 1983 when he accepted the invitation from the Shoals Missionary Baptist Church of Shoals, WV., where he remained pastor until the spring of 1987.

Pastor Spurlock has been involved in radio ministry since 1976.  Before he announced his calling to preach, he taught Bible lessons on a local Milton radio station.  After his calling, he started “Bread for the Believer” radio broadcast heard on WEMM 107.9 fm, out of Huntington, WV.  Presently the broadcast is still heard every Sunday morning at 9:30am.

From the years 1987 through 1991, Bro. Spurlock preached in many local churches in the tri-state area.  Preaching Revival Meetings, Bible Conferences and Sunday fill-in appointments. In 1989, He was interim pastor at the Grace Baptist Church in Midkiff, WV for several months till the church installed a new pastor.